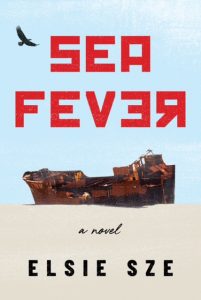 As a former republic of the Soviet Union, Central Asia’s Kazakhstan is an unusual backdrop for English language fiction. But, interestingly, that is where Elsie Sze has set her fourth and latest novel, Sea Fever, a mystery thriller.

After 15 years of travelling to what is the ninth largest country in the world and getting to know and love the land and its people, Elsie felt she owed them a story.

Kazakhstan’s inland Aral Sea was once the world’s fourth biggest but has become desiccated as the result of an unparalleled man-made environmental disaster.